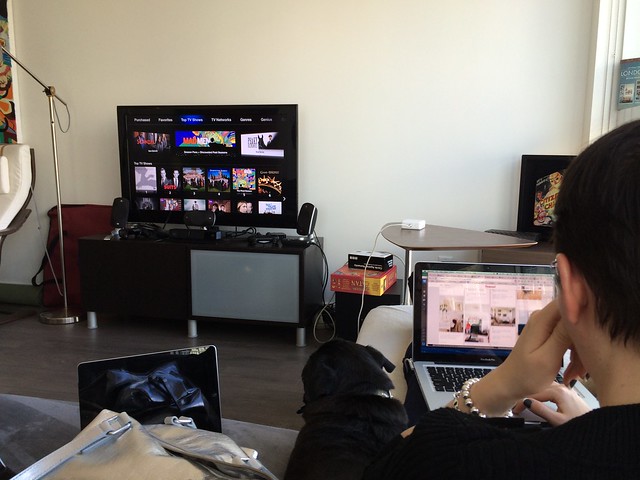 Girl Talk & Freeway  “Tolerated” Music Video by Maker Studios is Girl Talk‘s first ever video which is significant  itself but what caught my eye was that it’s produced by recently Disney acquired Maker Studios. Might not be the first but its the first that’s come to my attention. YouTube has become the go to place for music so it only make sence that artists us YouTube studios and talent to produce artists videos. Watch out Vevo!

With Disney Buying Maker do all Big Media Companites Need to up their YouTube Game?  by Dorothy Pomerantz on Forbes.com

The Web and Online Marketing:

The Future of Advertising: Here’s what to expect by Dhara Ranasinghe on CNBC

Mobile and location are “the shit” in digital marketing. We’ve only been told that “The Year of Mobile” is here for last 10 years now. Also predicting consumer behaviour is borderline creepy.

How Canadians are Using the Internet Differently. by Susan Krashinsky on The Globe and Mail

Following the same theme, mobile is taking over. Canada has a higher percentage of smart phone penetration yet investments in marketing on mobile platforms lags continuing the trend of Canadian marketers and brands playing it safe.

Ever since I’ve been in digital media I’ve been annoyed by antiquated media measurement metrics forced into digital and not vice versa. Funny how nobody imposes digital metrics on TV, Out of Home and Radio.

Calm Down, Facebook is Not Screwing You by Michael Lazerow on Re/code

The bashing of Facebook got old quick and I’ll fully admit to getting on that bandwagon. In hindsight the failure is on us as marketers and brands for taking the easy route by choosing to build castles on someone else’s sandbox and losing focus on the end goal.

TV still the number one source for video watching but other platforms are gaining ground, especially with the under 35 crowd. The audience wants to consume content via multiple platforms and is willing to pay for it.

Long report that basically says that the older population is adopting broadband, the web and technology into their lives with the more educated, affluent taking the lead. I’m already seeing older vloggers appearing on the scene!

Talking Career, Content and Podcasts on Point of No Return

I was invited to chat on the Point of No Return podcast with by my old friend Nectarios Economakis.
Continue reading →

“YouTube, online video, the internet is mainstream, its not a stepping stone, its the finish line” “On YouTube nobody gives a sh*t who you know, they just care if the content is good.
Continue reading →

I’m literally kicking myself for not going to VidCon this year.
Continue reading →

I recently had a chance to be a guest on The Xero Hour Small Business Podcast with (the smartest man in the world) Saul Colt.
Continue reading →
Subscribe to my newsletter
Get notable posts sent to your inbox